Next shares jump as sales rise over crucial Christmas period 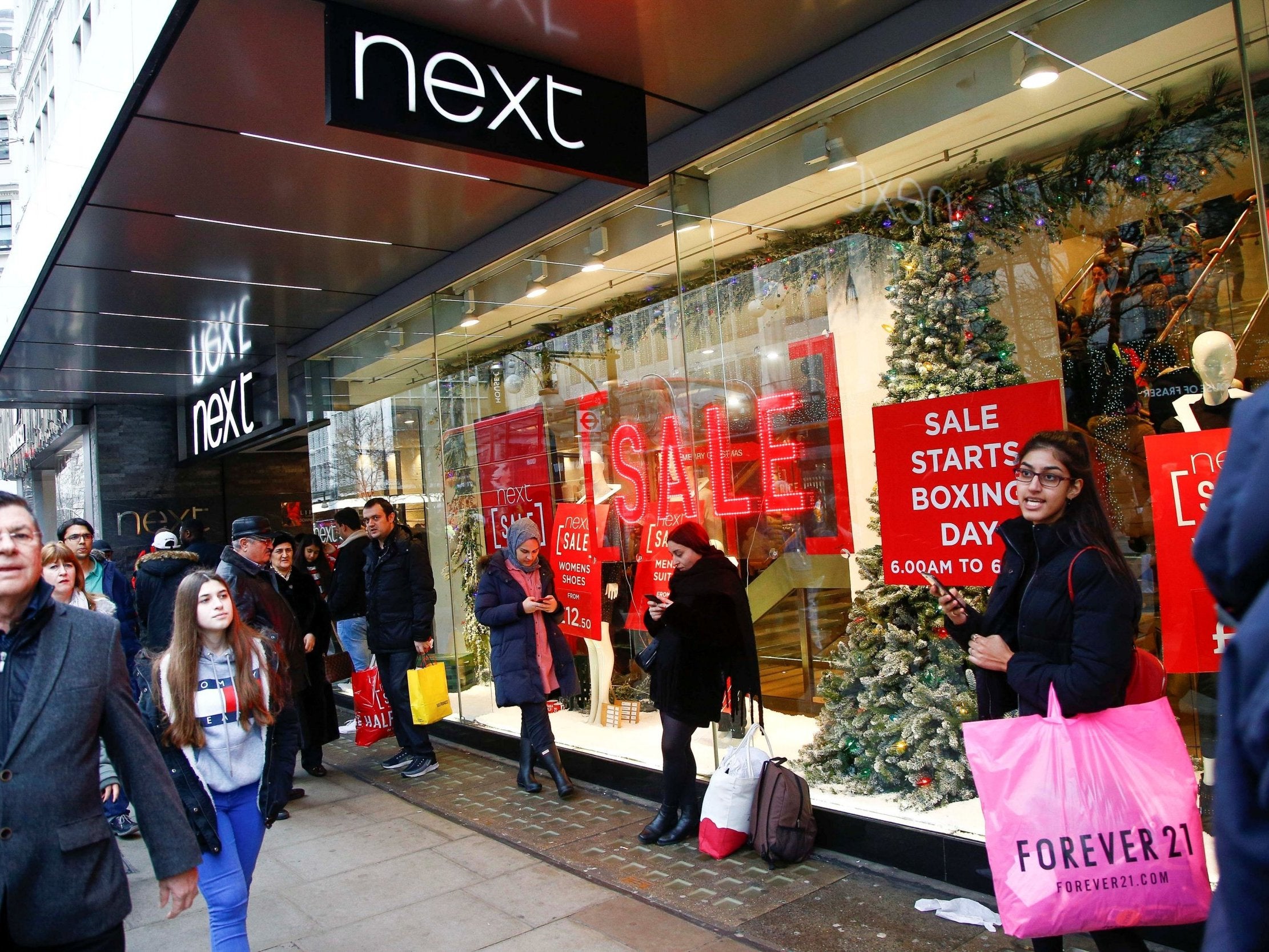 Next has reported a rise in sales over the important Christmas trading period, but warned that its struggle to deal with the shift to online trading would hit profits this year.

The retailer recorded a 1.5 per cent increase in full price sales between 28 October and 29 December. It said strong sales in the three weeks before Christmas and a “good half-term holiday week” in October made up for disappointing sales in November.

Sales from Next stores dropped by 9.2 per cent over the festive season, and fell 7 per cent in the year to 29 December, however, online sales were up 15.2 per cent over Christmas and 14.9 per cent for the year.

Looking ahead, the company said it expects to record sales growth of 1.7 per cent for the year, but warned that “any sales forecast made in January comes with a high degree of uncertainty”.

In a statement to the London Stock Exchange, Next said: “This year uncertainty around the performance of the UK economy after Brexit makes forecasting particularly difficult.

“We have not factored into our sales estimates the potential benefits of a smooth transition or the downsides of a disorderly Brexit.”

Next has struggled to cope with the costs associated with online shopping, and sales from its stores have been in decline for some time.

On Thursday, analysts said the group’s latest update showed it was rising to the challenge faced by the UK high street.

Investors seemingly agreed, with shares jumping almost 6 per cent at the open.

However, Emma-Lou Montgomery, associate director from Fidelity Personal Investing, said: “A full-year profit warning from Next will put the cat among the pigeons in the retail sector as the clothing and homewares brand is widely regarded as a bellwether of middle-England consumer sentiment.

“Factor in Next’s warning about the ‘high degree of uncertainty’ that prevails, and that’s before you even start thinking about Brexit disruption. You can see how the first real retail Christmas trading statement of the year is going to rattle the market.”

He said: “The news from Next is slightly better than some analysts had expected, however, this may be partly due to the company’s marketing strategy, which avoids heavy discounting in the run up to Christmas.

“Even so, the company has downgraded its full year profits by 0.6 per cent and this approach is likely to be mirrored by other retailers in the coming days. For retailers with a comparatively weaker online presence, the continuing decline in in-store sales is likely to be more damaging.”